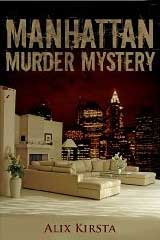 When New York heiress Irene Silverman vanishes from her Upper East Side mansion, the case sparks a major criminal investigation.

A fifty-strong team of FBI and NYPD officers scours the cityâ€™s streets in vain for evidence or sign of a body, becoming caught up in one of the most perplexing mysteries in New Yorkâ€™s criminal history. Detectives soon hit a dead end. Is she dead, or alive?

When an elderly woman, Sante Kimes, and her son Kenny, are arrested in another part of town on minor fraud charges, the Silverman case takes a chilling twist. Are the couple connected to her? An eagle-eyed NYPD officer thinks so. As police teams around the USA probe the background of Sante and Kenny Kimes, reports of a horrifying crime spree materialise, linking the couple to property theft, fraud, kidnapping and multiple murders throughout the country, for which they have so far escaped arrest.

Eventually, the coupleâ€™s deadliest and most audacious plot is exposed. The Kimeses have come to New York for one reason only, and soon they are charged with the murder of Irene Silverman. It is Manhattanâ€™s â€œtrial of the centuryâ€. But the mystery remains. Irene Silvermanâ€™s body has never been found, and her last moments and cause of death are still unknown.

This site uses Akismet to reduce spam. Learn how your comment data is processed.

More articles on my web site

This website uses cookies to improve your experience while you navigate through the website. Out of these cookies, the cookies that are categorized as necessary are stored on your browser as they are essential for the working of basic functionalities of the website. We also use third-party cookies that help us analyze and understand how you use this website. These cookies will be stored in your browser only with your consent. You also have the option to opt-out of these cookies. But opting out of some of these cookies may have an effect on your browsing experience.
Necessary Always Enabled
Necessary cookies are absolutely essential for the website to function properly. This category only includes cookies that ensures basic functionalities and security features of the website. These cookies do not store any personal information.
Non-necessary
We use google analytics to collect user data which lets us understand better how the site is used. This generates cookies which are termed \'non-necessary\'. Before these cookies can be stored on your device you must opt in to allow us to do so. Opting out will not affect your user experience. You should read google\'s privacy policy here, and their terms of service here. By opting in you are implicitly consenting to these terms.
SAVE & ACCEPT